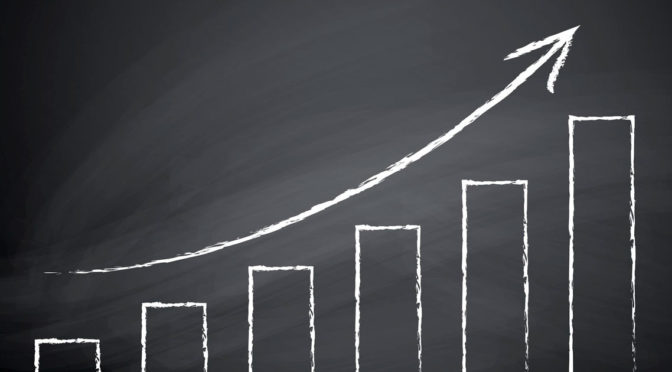 By now you should be well aware that when you’re just starting out, to grow your initial audience and influence, you have to do things that don’t scale.

There’s no getting around it — unless you can throw wads of money at your problems, and most of us can’t, or have massive connections with several famous influencers, and most of us don’t. This means there’s really only one realistic option; you have to go out there and hustle, because — and pay close attention — NO ONE WILL DO IT FOR YOU.

Seriously, I can’t stress this enough. If you don’t do what needs to get done to get people to land on your blog, it simply won’t get done. And if that doesn’t happen, your audience and influence won’t grow. That’s just the hard truth — deal with it.

Everyone starts on the same level.

It’s hard to fathom that all of today’s most popular blogs at one point in their history had basically zero audience. In fact, sometimes when I’m having a bad day or I feel helpless with progress, to boost personal morale I like to go on the Way Back Machine and take a look at some of the beginnings of what became some of biggest blogs today. Here’s Mashable. Here’s Buzzfeed. It’s fascinating to see them so young, and at a time when the odds we’re stacked against them and their futures were most certainly unknown.

The point I’m getting at though is that everyone initially starts out at the same level — sort of like in a poker tournament.

Take the annual World Series of Poker main event for example. It’s the biggest and most prestigious poker tournament that is held every summer in Las Vegas. Each year approximately 7,000 people pony up $10,000 each to step into the ring and get a chance to win somewhere in the ballpark of $8 to 9 million USD. In the nine-day tournament everyone starts with an identical amount of 30,000 in chips. To win the tournament, you have to get ALL the chips. Every. Single. One.

210 million in chips. And each year somehow someone accomplishes that feat because — like in any niche — SOMEBODY HAS TO WIN. Somebody has to be on top.

How in the world can someone manage to grow from 30,000 in chips into 210 million? The simple answer is compound growth.

To keep the tournament progressing so it finishes on time, every two hours the “blinds” — small forced bets designed to keep the action going — go up. As they keep going up, the average pot sizes keep getting bigger and the stakes get higher. As people get eliminated from contention — by losing all of their chips — the average chip stack of each player remaining gets bigger. Early on, 5,000 chips would be considered a big pot. Later on, after many days, dozens of levels of play, and with most people already busted out, a big pot would be worth millions.

It’s competitive, because it’s supposed to be.

Blogging, like poker, is tough because it’s highly competitive. Most amateur bloggers give up — or “burn out” — way too early because they can’t figure out how to play game, or more importantly, how to win in it. By giving up they essentially voluntarily “go bust” — or lose their chips to the others still left in it. Their potential audience that could have been will simply find somewhere else to go.

There eventually comes a point — and its earlier than you may think — where you won’t have to personally find and attract every single reader by yourself. Early on, when you first reach 100 email subscribers, it’s likely that you went out, hustled hard, and personally recruited 95 of them. A bit down the road, once you are at say 5,000 or 10,000 subscribers, most of the entire next 100 new subscribers will likely find you, and not vice versa. And instead of it taking two weeks like in the beginning, it may happen in two hours.

The great news is that unlike in poker, you — and you alone — control when the levels go up and when the stakes get higher. The faster you can find some  wins, the faster you can reach the next level, and the faster you can progress overall. Today’s small wins will compound and will bring in more bigger wins and faster growth tomorrow. And the best thing? You only lose if you give up.

Question: What’s the half-way point from zero to 2.5 million?

The answer to that question depends on how you look at it. Without taking in consideration compound growth, a fair and logical assessment would be 1.25 million. However if you add compound growth to the equation, the optimistic answer becomes 40,000. How so?

If you ever use Youtube, you’ve probably heard of a fellow called Pewdiepie. With over 57 million subscribers, he’s undoubtedly the most famous Youtuber around and it’s not even close. He has 20 million subscribers more than the next closest rival. And he started FIVE years after Youtube was launched, so he definitely didn’t enjoy a head start on a new platform. A quick Wayback Machine look-up reveals that he started his channel in April of 2010. It then took him six full months to reach 19 subscribers in November of 2010. A whopping 19. He was struggling to get it going like many of us are today.

He then clearly found his stride, and it took him a full year to reach 40,000 subscribers in November of 2011. Only one more year later, by November of 2012, he was at a staggering 2.5 million subscribers.  The rest is history.

He’s since built up another 50+ million more subscribers. Those first 40,000 subscribers from that entire first year can now be considered chump change. He could lose them all at this exact moment and it wouldn’t even put a dent his overall subscriber numbers. Instead of 57 million, he would be at 56.96 million. Oh noes! He would recover those numbers in less than two days. Maybe even one. He now has so many subscribers that every single video he posts essentially goes viral and gets millions of views, countless shares, and attracts tens of thousands of new subscribers.

Had he kept his original pace of his entire first year of 40,000 subscribers per year, without the power of compound growth it would have taken him over 1,200 years to get to where he is today. Not 7.

40,000 subscribers — to most of us plebs– is still a big number. But remember, with compound growth the half-way point to it is definitely not 20,000! It’s probably closer to 5,000, a realistic and totally reachable number if enough time and a legitimate effort is put in.

Struggling in building your audience or getting followers?

Meet GrindZero. It’s the ultimate all-in-one web suite of growth tools and A.I. technology that will get you found, followed, and your creative work appreciated. It will transform the way you do social media. Limited time FREE beta happening now. Don’t miss out! 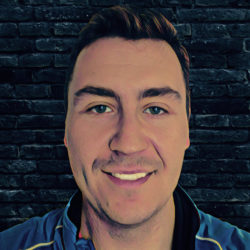 You need that long term vision Jakub. I am huge on appearing to be all over, 1 comment and social share and engagement at a time. Only way to do it over the long haul. Each impact influences folks to remember you, making you memorable, familiar and a presence in your niche. Writing 126 eBooks does not hurt, either 😉

Nice article! It was definitely what I needed to hear. Just started my blog in Aug and it feels like a huge feat to get to 40k subscribers but you’re right. It’s being persistent to see the compounding growth finally happen.

Encouraging post. Thank you! I forget about the power of compounding in relation to blogs. Definitely gave me some extra motivation.

This is such a great article – and should be an encouragement for all new bloggers. The beginning is so hard because you’re at ground zero. I’ve been blogging for about 4 months now and I’m starting to see the effects of compound growth. Granted, my numbers aren’t huge, but it’s nowhere near week 2 numbers. Thanks for sharing!

Love the goals that I complete no matter the size.

Yes, compounded interest is a strongly underestimated force. I used to teach freshman students about this, and even after showing them a video clip AND having them experiment with it in Excel, some still have difficulty grasping it. It’s so counterintuitive…

You hit the right points man. Everyone get a share of the market. All we got to do is push and be consistent, hopefully promising results will come later. Learn everyday. Numbers count. Never stop blogging.

Really helpful. Growing a blog was never been easier, but having 2 million inactive subscribers is valueless if we don’t have high CTR. I prefer only genuine clients even if my list is under 10k. 🙂

Im definitely learning that self promotion is a full time job! Thanks for sharing!

What a great blog post! I can relate to so many points in this post. I remember starting my blog, and not getting any traction my first few months online. You are right about the compound effect kicking in if you keep going. Reminds me of one of the very first personal development books I went through, the compound effect by Darren Hardy.

Great motivation. I like the idea of blog compound growth. I am still in the early stages. So, it’s still a long way to go. You’re right. One day at a time…

Never thought about this, but it is great.

This is really motivating Jakub! You’ve used some great examples.
I agree consistency is the key. Every little effort you put in your blogging journey will eventually add up. Giving up will only lead to the regret of not trying hard enough. Gotta keep hustling!

I completely agree that every single win counts, it makes no difference how big or small.

Great article here. Never give up. No matter the circumstances. With continous effort, keep turning the wheel and with time compound interest gets you the result. Thanks for sharing this post.

Thank you for the encouragement! As a new blogger I want to share and reach as many people as possible. Great insight.